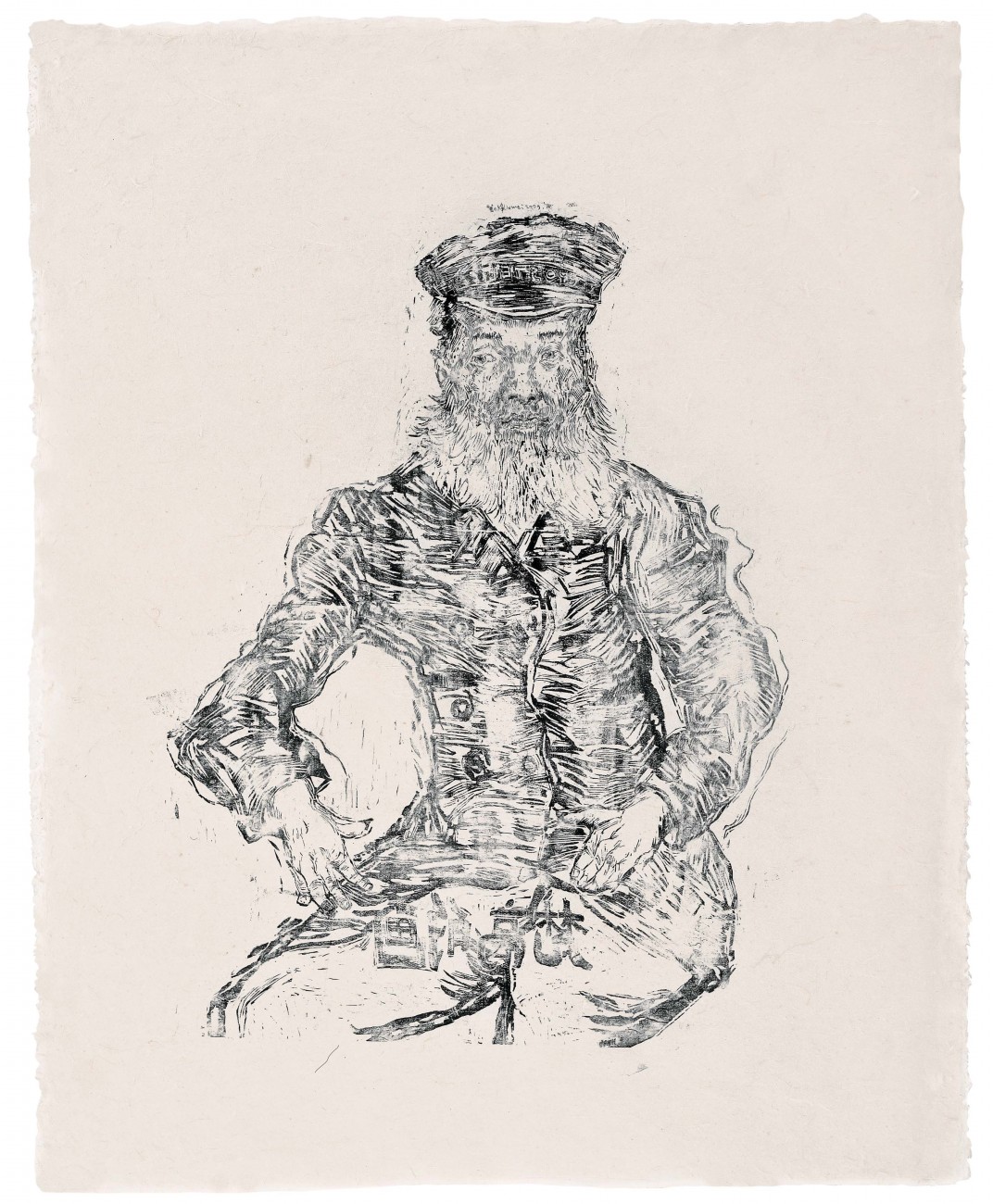 In this print, Liu Wei recreates a work from Vincent van Gogh’s series of paintings and sketches of the postman Joseph Roulin, a repeated subject of the famed Dutch painter. A mirror image of the original work and printing block, it features backwards calligraphy that reads “Vincent van Gogh’s painting” incorporated into the body of the figure. In his recent series 180 Faces (2017–18), Liu further explored the human condition through portraiture, this time including a painting based on a self-portrait by Van Gogh.