The painting photographed here, Ludovico Mazzanti’s Death of Lucretia, draws on an episode from ancient Roman history in which Lucretia, wife of the consul to the Roman Republic, was raped by Sextus Tarquinius, son of the tyrannical king of Rome. To redeem her honor, Lucretia killed herself with a dagger, but not before appealing to her husband and father to avenge her death. In Mazzanti’s painting, we see Lucretia at the very moment she plunges a knife into her chest.

Lutter’s version of Lucretia channels a very different visual energy than its source. In the photograph’s transposition of the light and dark tones, the billowing folds of fabric are dramatically accentuated, giving the fabric the appearance of being lifted upward, as if Lucretia’s body were caught in a swirling vortex of wind. As Patrice Marandel (LACMA’s former chief curator of European painting and sculpture) observed, “After Vera photographed the painting, it came out as a completely different Baroque object; it turned out, in my mind, to look like another staple subject of Baroque painting, the Virgin Mary ascending to heaven.” 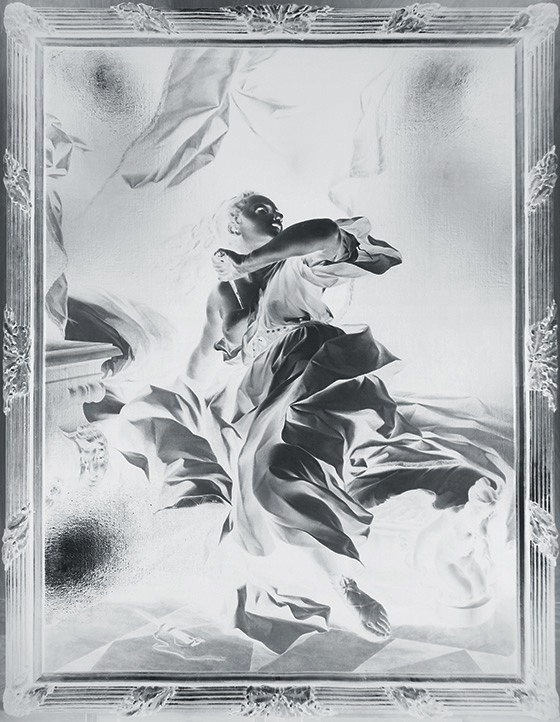 2017
Commissioned by the Los Angeles County Museum of Art through an artist residency supported by Sotheby’s
M.2017.283
© Vera Lutter