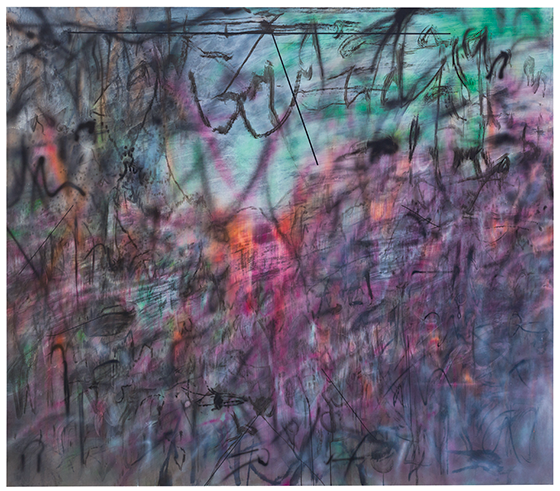 As its title suggests, Conjured Parts (eye), Ferguson links disembodied anatomy with a site of violence and political strife. This painting began with a blurred photograph of an unarmed man with his hands up facing a group of police officers in riot gear, which was taken during the protests that followed the fatal shooting of Michael Brown in Ferguson, Missouri. Mehretu layered color over a blurry, sanded black-and-grey background: fuchsia and peachy-pink areas rise from below, while toxic green tones float above, like distant skies drawing near. Outlines of eyes, buttocks, and other body parts appear within the graffiti-like marks and black blots that hover over smoky areas, suggesting human activity obscured.