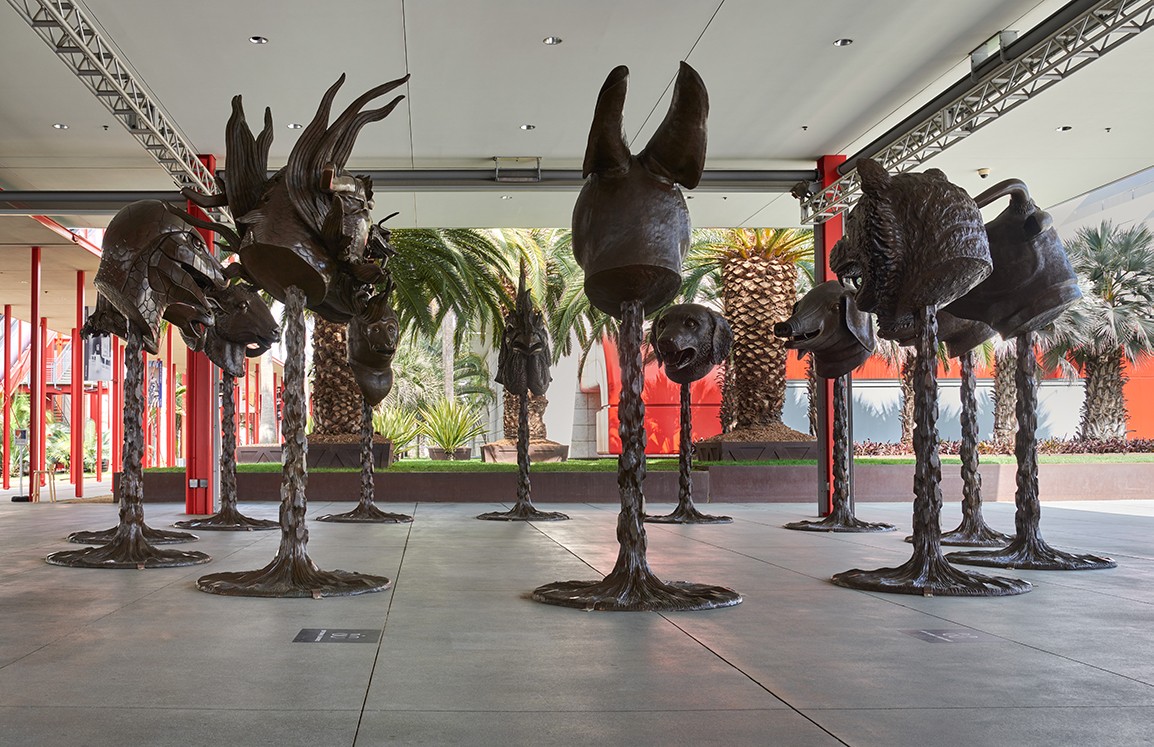 Ai Weiwei here reinterprets a set of water spouts that once decorated a fountain water-clock in Beijing’s lavish Yuanmingyuan (Old Summer Palace). The water spouts, which were designed by Jesuit missionaries in the eighteenth century, told time by spouting water in shi, a traditional Chinese unit of time representing one twelfth of a day, equivalent to two hours. They depicted the twelve animals of the Chinese zodiac, each of which is assigned to years, months, weeks, days, and one shi.

Yuanmingyuan was plundered and destroyed in 1860 by French and British forces during the Second Opium War. When three of the fountainheads resurfaced at an auction in 2000, they became a national symbol of cultural heritage that had been lost to Western imperialism. Their recent, highly politicized status fuels their value in the art market and fervent calls for repatriation.