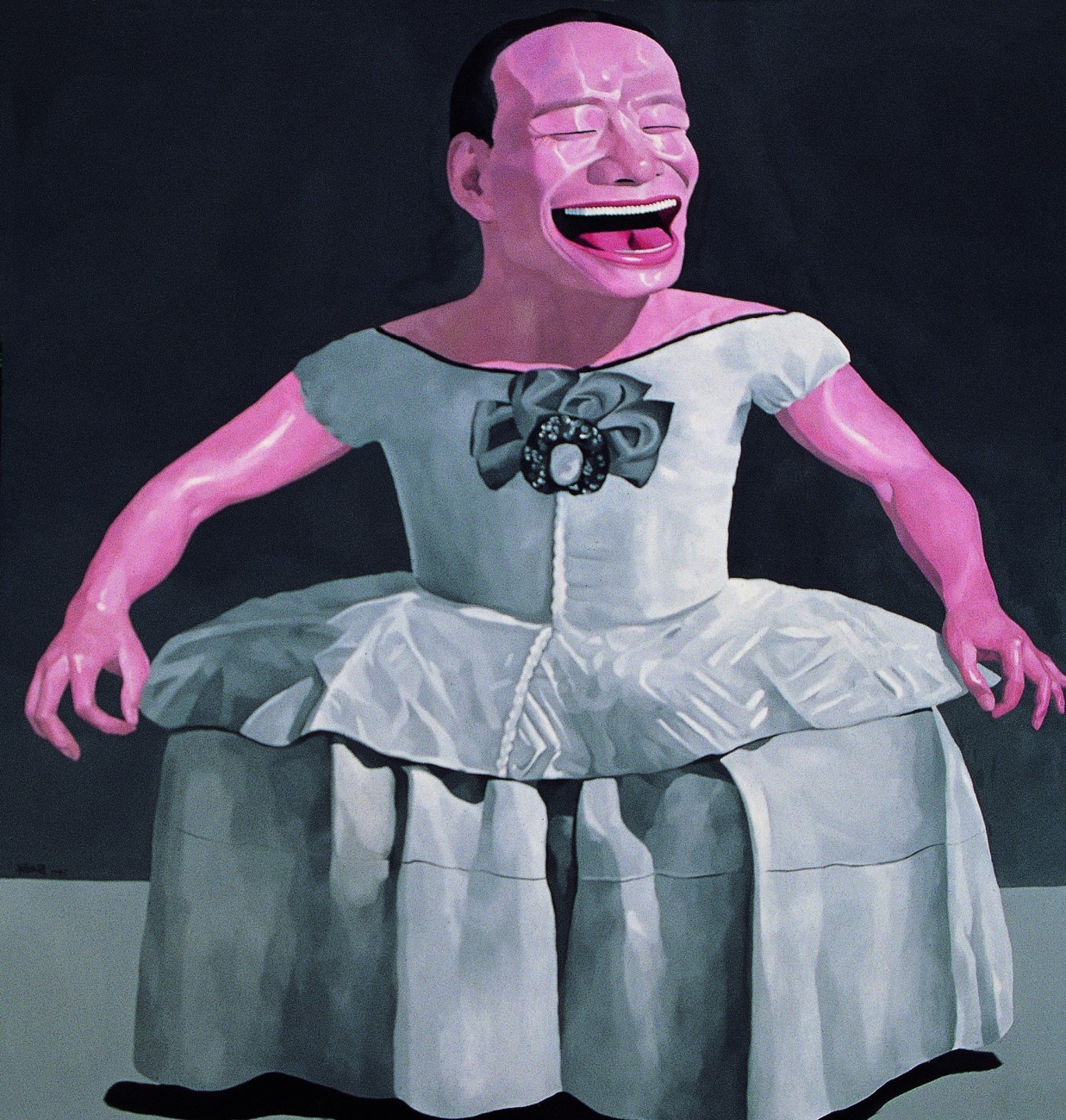 Yue Minjun’s self-portrait—an uncanny, pink figure who is always shown to be laughing—was inspired by the student demonstrations and massacre at Tiananmen Square in 1989, and has pervaded much of Yue’s career since the 1990s. His recreations of historical paintings present a sardonic take on the Western art canon. Dubbed “Cynical Realism” by art critic Li Xianting, Yue’s work parodies the Socialist Realism style promoted by the Chinese Communist Party from the 1940s to the end of the Cultural Revolution.