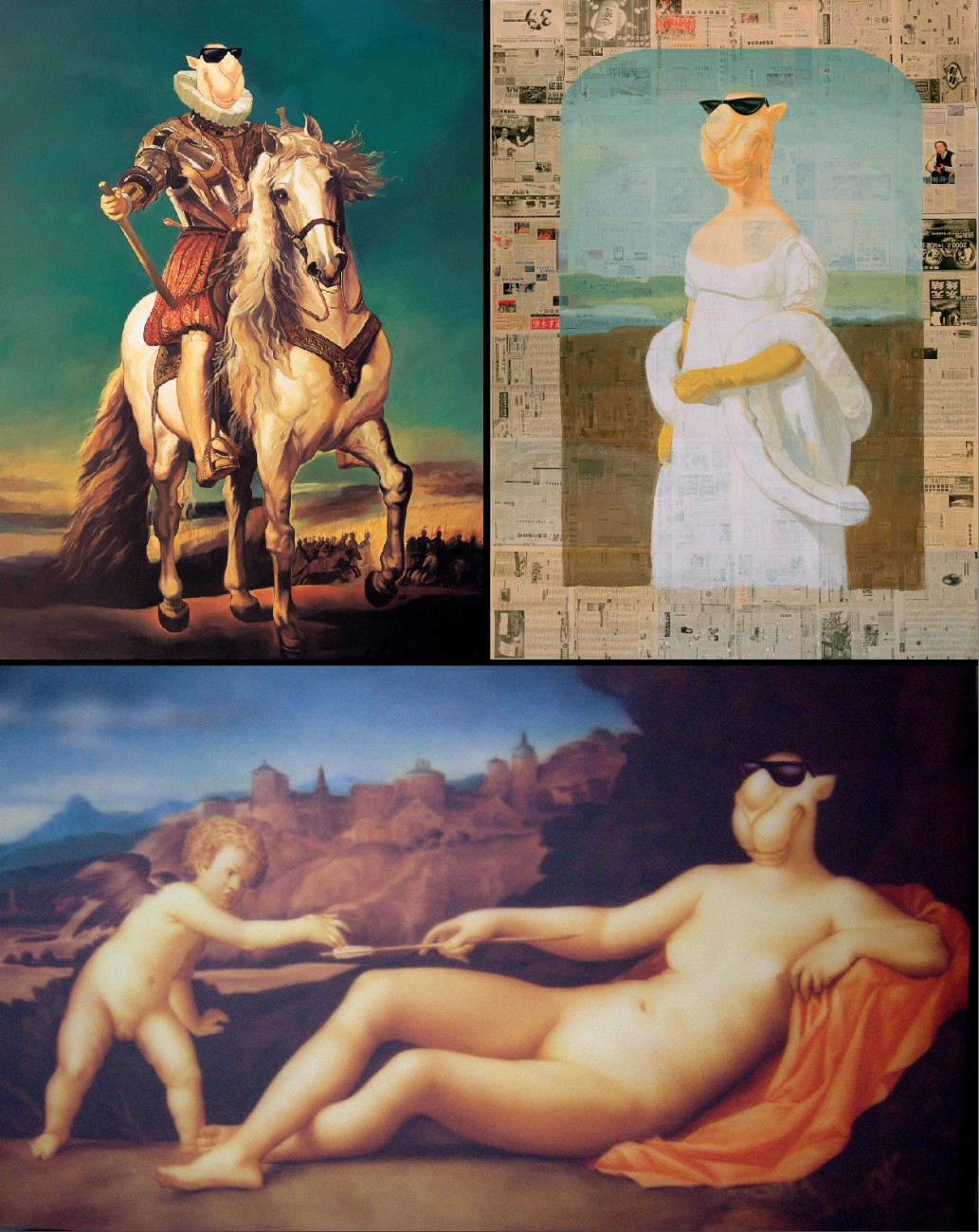 The Works of Zhou Tiehai

The Duke of Lerma on Horseback, 2008
Oil on canvas
Yuz Foundation Collection

Zhou Tiehai has turned Joe Camel (the former mascot of Camel cigarettes) into his own signature character by recreating historical works of art and replacing the central figures with the advertising icon Joe Camel, sometimes read as a stand-in for Zhou himself (their names are homonyms of each other). These works engage with themes of fame within the fine art world, the Western art canon, and international brand culture. These pieces recall the idolization of political leaders during the Cultural Revolution (1966–76), which aligned with the first decade of Zhou’s life.