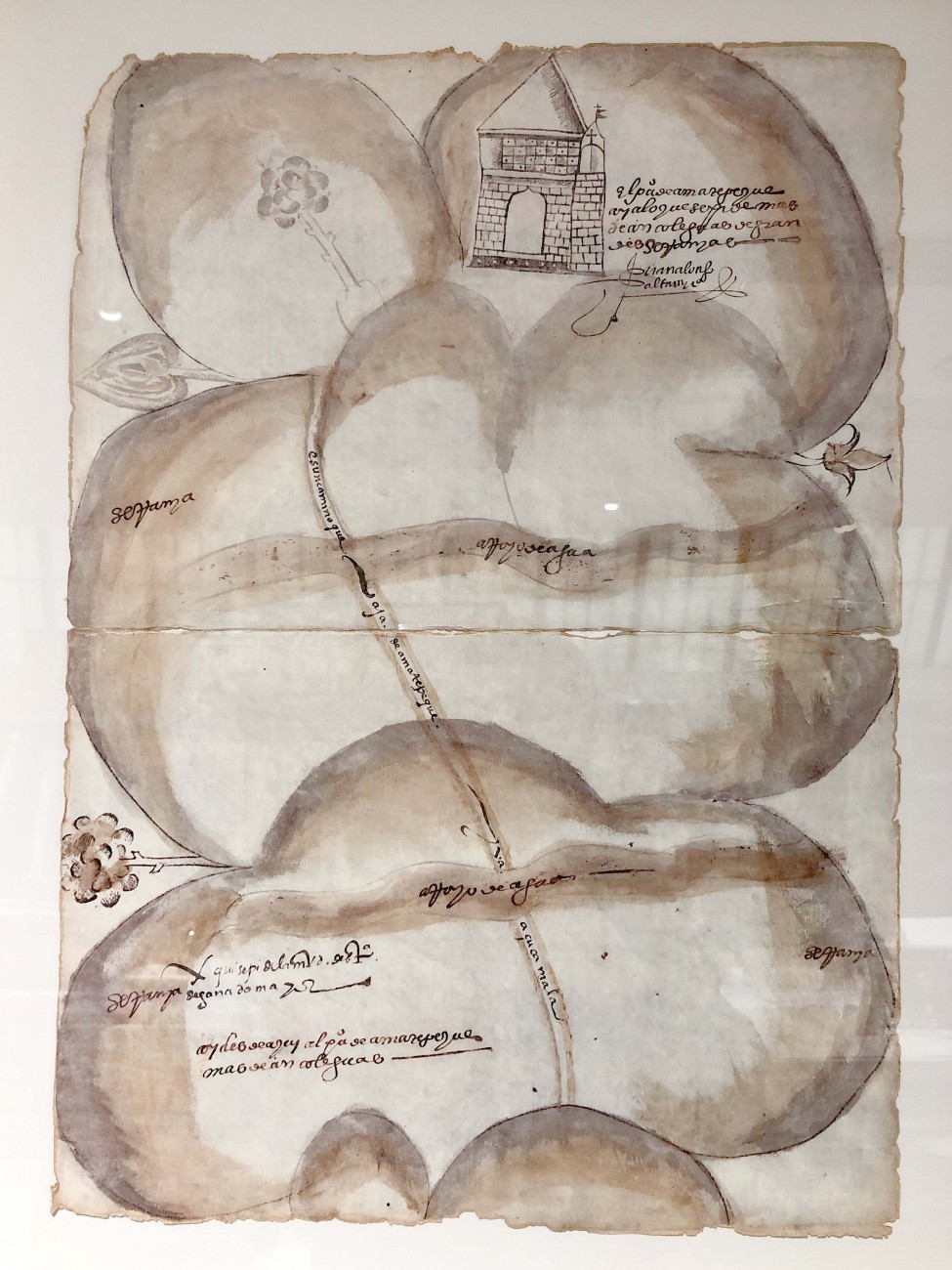 In the years following the Spanish invasion, the town of Amatepeque (modern-day Amatepec) became the center of a silver mining industry built on the labor of enslaved Africans. This facsimile map, originally commissioned as part of a land grant petition, has a distinctive aesthetic when compared to other maps on display. Art historian Alessandra Russo first noted similarities between the cloudlike mountains as depicted here and paintings of hills in Zimbabwean rock art. These likenesses may suggest that African artists crafted the original map, a striking example of their early contributions to the arts of New Spain.