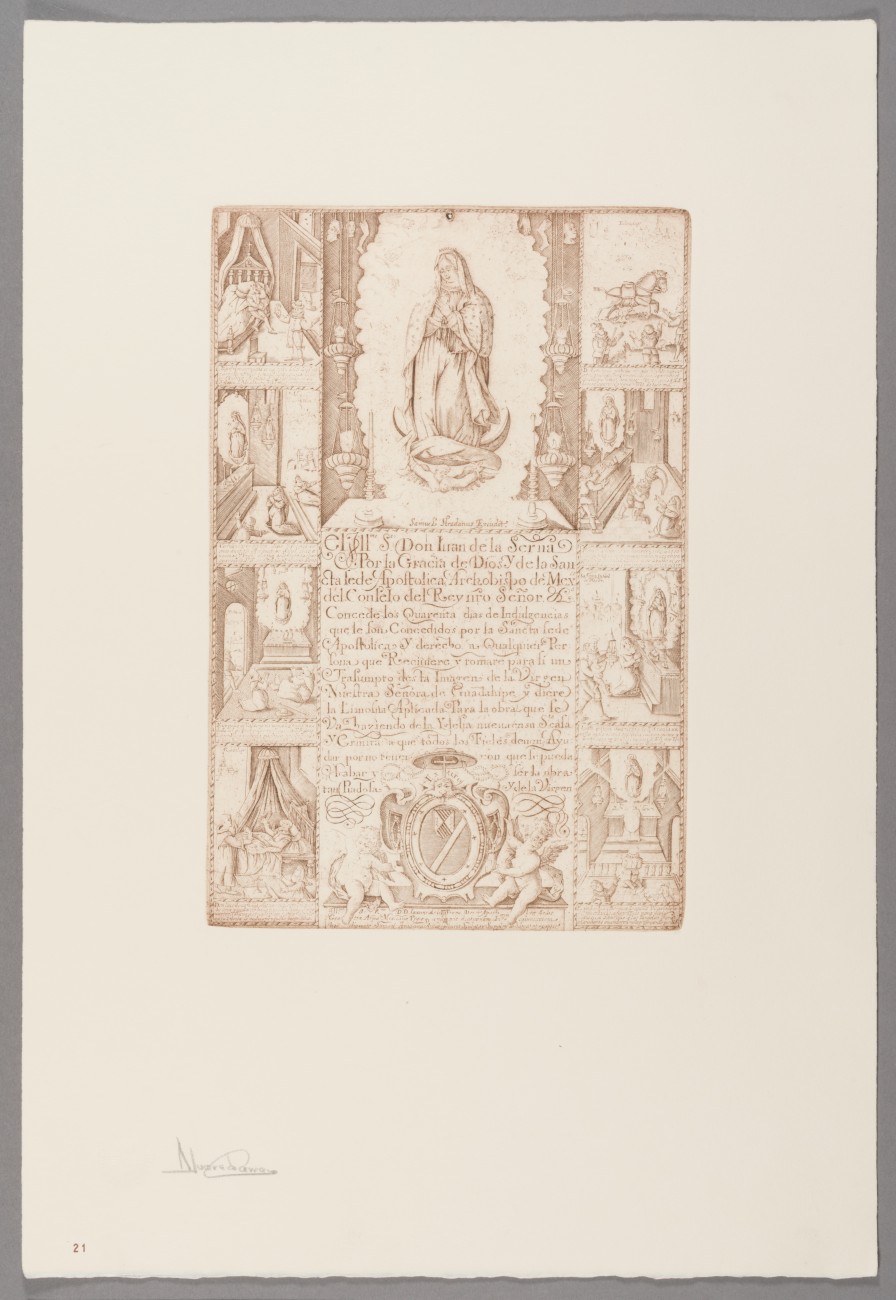 Indulgence for Donation of Alms toward the Erection of a Church Dedicated to the Virgin of Guadalupe, ca. 1615–20 (2010 reprint)

The cult of the Virgin of Guadalupe, whose apparition is pictured in this seventeenth-century engraving, offers a vivid example of the dynamic entwining of Catholicism and Indigenous worldviews. On December 12, 1531, Juan Diego Cuauhtlatoatzin unfurled his flower-laden tilmatli (cactus-fiber cloth) to reveal a miraculous image of the Virgin. She first appeared to him three days earlier at Tepeyac, known for its patronage of the Nahua earth deity Tonantzin, or “Our Revered Mother.” The syncretic veneration of the Virgin and Tonantzin, prohibited by Spanish authorities for more than a century, now forms a cornerstone of Mexican culture and belief.