The Aztec Conquest and the Spanish Incursion 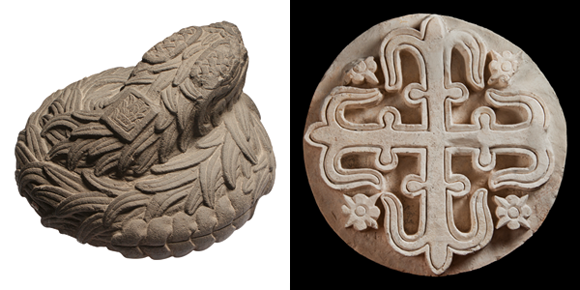 By the fifteenth century, a new power had emerged in the Valley of Mexico: the Aztec Empire. Under the ruler Ahuitzotl, the Aztecs expanded south to dominate Cholula, the Valley of Oaxaca and the Isthmus of Tehuantepec. The conquest of these Mixtec and Zapotec kingdoms threatened regional alliances; however, the confederacies’ military acumen and deft negotiating enabled them to retain their trading networks.

Further Aztec conquest ended with the arrival of Hernán Cortés and the Spanish army in 1519. This date corresponds to the year 1 Reed in the Mexican calendar, the year associated with Quetzalcoatl’s mythic birth.  Ahuitzotl’s successor, Motecuhzoma II, interpreted the news of the Spaniards’ arrival as the return of Quetzalcoatl and sent gifts to Cortés.

Local communities, resentful of Aztec imperialism, readily forged alliances with the Spaniards and soon brought down the Aztec Empire. The southern kingdoms reconstituted their confederacies and trading networks under the new regime and emerged as an integral part of the new economy. Native ruling lords, or caciques, allied themselves with Spanish clergy and acted as intermediaries between the indigenous past and colonial present. Today, descendants of the Children of the Plumed Serpent continue to thrive in southern Mexico.